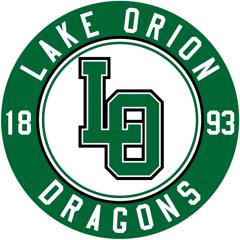 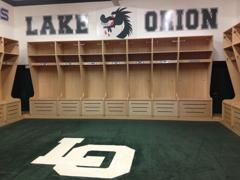 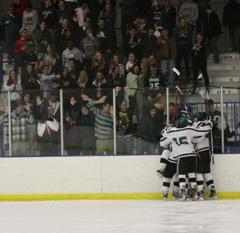 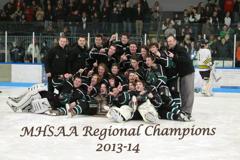 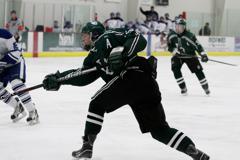 A Note From The Coach

Thanks for taking a moment to look into the Lake Orion hockey team and High School hockey in general.

I wanted to provide some more insight as to why I believe in High School hockey opposed to other playing options for our kids at Lake Orion.

As a youth hockey player I started off playing travel hockey and then eventually making my way to the AAA ranks, from there to Junior "A", and ultimately earning a scholarship to play hockey at Lindenwood University in St. Louis Missouri.  A lot has changed in the hockey landscape since I was in high school. The most being the evolvement and growth of High School hockey. When I was that age most schools did not offer a program and other than a handful of schools, the hockey was not considered to be a very high level. That however has drastically changed over the past ten years and now days High School hockey provides a great experience and opportunity for our kids. In fact High School hockey in Michigan has the most kids playing than any other level of youth hockey.  This past year in 2017-18 14 players singed a tender to play in the NAHL, 6 players were drafted in the NAHL, 5 players were drafted in the USHL and 2 players committed to NCAA Division 1 programs.

The best analogy I can provide when looking at High School hockey is from my experience playing college hockey. There are a number of similarities in regard to the overall experience.

As in college high school teams participate in a conference (think Big Ten) in which games are scheduled against other schools in that conference. Along with our conference games, teams from other conferences make up the rest of the schedule. Once the regular season is complete all high school teams are entered in the MHSAA State Tournament. The state tournament is run very similar to the NCAA Basketball tournament meaning teams are divided up into regions eventually making it to the final four. The format is one loss and you're done, which makes the games very exciting and important. High school hockey is also very similar to college in the fact that academics are also monitored and a player's participation requires a GPA to be maintained for eligibility. Another similarity and one of the best experiences for the kids is that you get the opportunitity to represent your high school and community. Along with that sense of pride within the school is the fan support from classmates and other community members. And to add another parallel is the fact that high school hockey is covered by various media outlets in the area which adds to the overall experience for the kids.

We run a very competitive program here at Lake Orion and try to provide the kids with the best experience possible while ultimately aspiring to win a state championship.

Please browse the different site links to get a better idea of what we offer here with the Lake Orion Hockey Program.

"High school hockey was some of the best years of hockey I’ve ever played! First it’s a ton of fun to play in front of your classmates; representing your school and city. Especially during big games vs rival schools when the crowd is really into it there was no better feeling than playing in those games because everything is amped up. Secondly the bond that you have with the guys on the team is like no other. Nothing was better than seeing the boys in school or going to the team dinners on Wednesday nights. Thirdly, I’m sure tons of guys are asking themselves the question travel hockey or high school hockey. The amount of work that coaches do for Michigan high school hockey is unbelievable; they do everything they can to get their players as much exposure as possible and there are plenty of opportunities for you that can help you be looked at by Jr scouts. There are three fall season teams you can try out for that participate in AAA tournaments over the fall. Also, you can try out for team Michigan at the end of the season that goes to Minnesota to play in a tournament that is one of the most highly scouted tournaments in the United States. There are tons of opportunities for you to get looked at that are inside of high school hockey. Lastly, I’d just like to thank all the LO coaching staff for everything that they did for me and making high school hockey the best experience possible for me. I’ll never forget my time playing at LO and if I could go back I’d take the same high school hockey route."

"I really enjoyed my time at Lake Orion.  It was great to be able to play with friends from school, which was a big change from AAA.  If I could go back and redo everything I would've started playing high school hockey sooner.  I had more fun on the team than I had ever had previously with hockey. I am very grateful for the time that I spent on the Lake Orion hockey team and I am also thankful for the great coaching that I received."

"Playing high school hockey is one of my favorite highlights of my hockey career.  With putting on the Dragon uniform, not only was I representing Lake Orion's high school program but you were representing your community, your classmates, your family and most importantly your teammates. Playing games in front of crowds full of your friends and family is a feeling like no other. Lake Orion's hockey program prepared me for junior hockey, with the work out schedule and on-ice work, it prepares you for the next level of hockey."

"I would like to take this time to say thank you to the Lake Orion Hockey program that helped me develop not only on the ice, but in the classroom and at home. The current coaching staff was the most hockey smart staff that I played for during my high school career. They have all played at extremely high levels and they were all different types of players, which makes learning from them that much better. I know that many kids, especially in the Lake Orion area are faced with the decision to play travel or high school. If I had it over to do again I would still pick the high school route. One of the advantages you get playing high school is playing big games in front of big crowds. This is something you don’t get in travel. I loved my three years at Lake Orion and I would not have changed it for the world.  It was some of the best years of my hockey career and it's where I made some of my greatest memories and friendships!"